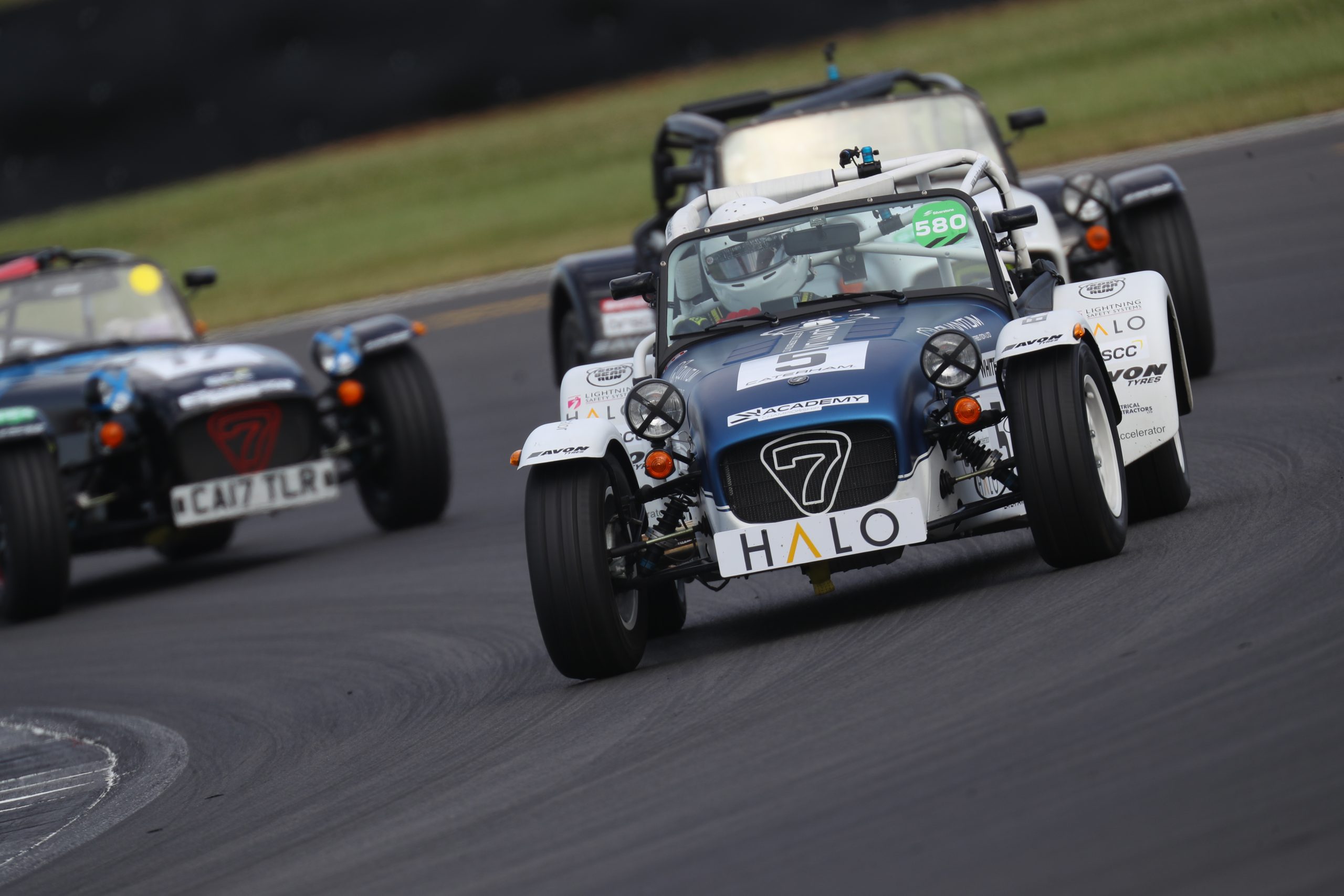 As many of you will know, our Managing Director, Tony Jenner, has been competing in this year’s Caterham Academy racing season, with the most recent race being at Silverstone.

To say it was a slightly eventful day, would be something of an understatement…

It started as a brilliant day surrounded by friends, customers, sponsors, and family, enjoying the hospitality in the Brooklands suite, and we would like to thank everyone that attended!

However, the day took a dramatic turn for the worse whereby Tony was involved in an 100mph accident on the track, 20 seconds before the end of the race. Tony was then hit again by a further car, resulting in Tony being unconscious at trackside and having to be resuscitated. Tony was taken to hospital, where he remained in critical care for a few days. Tony is now making a good recovery, barring a few bruises, however the Caterham car did not fare so well.

We are now looking to get the car repaired to get Tony back behind the wheel in time to finish off the season!

We would like to thank everyone at Silverstone, all the people that attended the race, and the John Radcliffe Hospital in Oxford, for all their fantastic support and for putting Tony back together again.

For onboard footage of the crash: https://youtu.be/jAIWfTAHpjQ